Classical guitar is Sabrina's biggest passion - she has been in love with the instrument since she was 7 years old.  Its astonishing variety of sound colour - timbre- is what's behind Sabrina's fascination; every small, delicate movement of a finger, of either hand, can subtly change an interpretation. Sabrina always focused on playing with these colours of sound on classical guitar. This exploration of the instrument was particularly interesting for her due to a rare condition - synaesthesia - a phenomenon in which one perceives sounds, letters, and numbers as colours. Sabrina cannot remember ever playing guitar without seeing the sounds as shapes, colours, surfaces, or motion. This condition has made her more acutely sensitive to questions of sound colour and it has inevitably influenced her musicianship.

Sabrina is one of the world's most beloved concert artists with an exceptionally strong bond with her instrument. Her power of expression lies in a deep understanding of the timbre of the guitar and in profound control over transformations of intensity and character. This incredibly touching quality of Sabrina's playing was noticed by Thérèse Wassily Saba, a journalist of Classical Guitar Magazine:

"What impressed me most when I heard Sabrina was her broad range of expression: from the most delicate and intimate, caressing pianissimos to almost frighteningly powerful fortissimos...all at the service of her musical interpretation. Accompanying this powerful expressiveness was a strong sense of intention - she knew exactly what she wanted to say."

Sabrina loves to play works whose expressivity lies in the versatility and refinement of timbre. She is very curious about developing characteristic and vivid musical details in Spanish repertoire; exploring all shades of sadness from Brazilian saudade and Balkan zalopojka to the heart-breaking depths of Spanish cante jondo; and also developing interpretations of modern and contemporary music that uses timbre as a part of the musical syntax. Sabrina feels a responsibility to her own musical heritage and she can often be heard playing music of Balkan composers. Since she lives and works in the Netherlands, Sabrina has also frequently premiered and performed Dutch works for classical guitar.

Sabrina became the youngest Professor of classical guitar in the world, at the age of 23, when she was appointed to her position at the Prince Claus Conservatoire, where she remains committed to sharing her passion for classical guitar with her students. This year she started the Dutch Guitar Foundation- an organisation dedicated to enriching the classical guitar life in the Netherlands, building international relationships, and preserving the national heritage of the instrument.

She is committed to developing herself further as an artist through research - she is currently completing her Doctoral studies at the Guildhall School of Music and Drama in London. Her thesis focuses on timbre, representing a continuation of her love for colours of sound of the classical guitar within the academic field. Sabrina travels the world with her guitar, giving concerts from Russia till Mexico. She is often told after concerts that she seems to be one with her guitar. Sabrina doesn't mind being one with the classical guitar - it is, after all, her biggest love. Sabrina's boyfriend is also a classical guitarist, so he doesn't mind either. 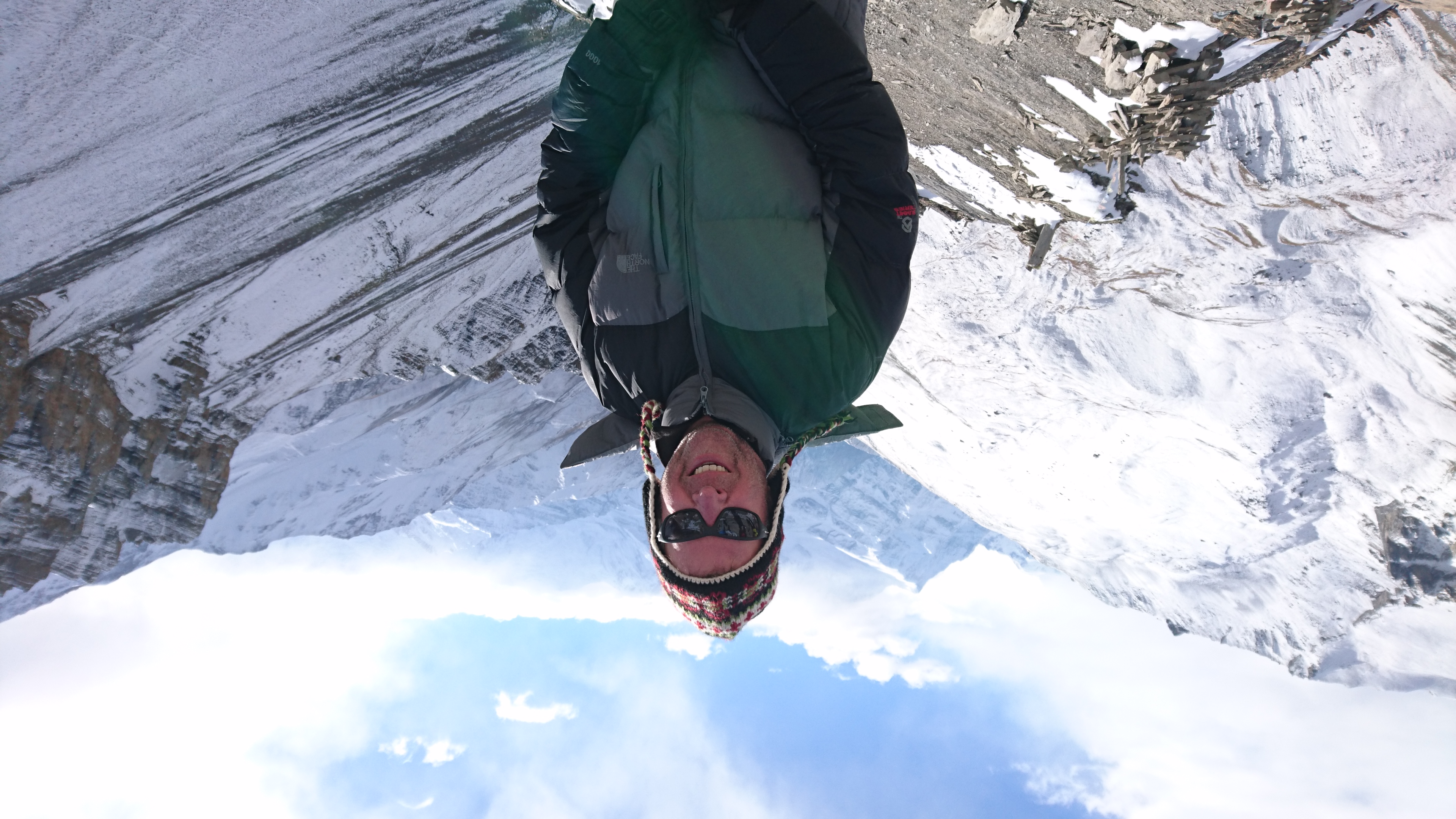 Remco de Haan is a former member of the Groningen Guitar Duo. In 1988 the duo won the first prize at the `Troi¬sième Concours International de Guitare en Duo' in Montéli¬mar, France. They performed on all continents and gave concerts in halls such as Carnegie Hall - New York, Bunka Kaikan - Tokyo and Purcell Room - Londen. Radio- and television recordings were made by the BBC, ORTF, NOS and the Turkish, Suriname, Colombian, Ecuadorian en Israeli television. The eighth cd of the duo, titled 'the John McLaughlin Suites', contains arrangements made by the GGD of the music of the British jazz guitarist John McLaughlin. In 2004 the duo released the ninth cd ‘Dedicatoria’, which has been dedicated to the legendary guitarist Julian Bream. Julian Bream himself wrote about the cd: ‘this album sounds very well, thank you for the dedication’. In 2007 the cd ‘The Crimson King Fantasy’ was released, containing arrangements of music by the British rockband King Crimson. Guitarist and founder of King Crimson Robert Fripp wrote about the arrangement: ‘My congratulations on your work. Superb’.

In 2009 the cd ‘The Body Of Your Dreams’ was released. This cd contains the complete works for two guitars by the Dutch composer Jacob ter Veldhuis. Nearly all the compositions on this cd have been dedicated to the Groningen Guitar Duo. Remco is currenly working at the Prince Claus Conservatory in Groningen, coordinating the modules ‘entrepreneurship for musicians’ in both bachelor and master.

After being diagnosed with dyslexia, Jorrit was directed through the school system toward a focus on arts and crafts, and there began his artistic life as a classical guitarist and carpenter. He specialised in restoring historical wooden buildings, and is especially proud of his work on the restoration of the Surinamese Saint Peter and Paul Basilica in Paramaribo.

Jorrit has had a varied career in classical music; he has performed extensively throughout the Netherlands and abroad, both as a chamber musician and soloist. He toured Russia as a member of a guitar duo, was invited for solo recitals in the Netherlands and Germany (Twents Gitaar Festival in Enschede, Nootstop Guitar Series in Tilburg, Dutch Music barn in Markelo, etc.), and also appeared with a singer and in a guitar trio. He is often invited to be a judge and give masterclasses in several international classical guitar festivals and competitions, such as "Alexander Matyaev", in Kirov, Russia, and Nordhorn Guitar Festival in Germany, among others. Jorrit's repertoire is usually an attractive selection of traditional compositions written for the classical guitar. Fond of lyricism and poetic musical expression, Jorrit can often be heard performing works of the Paraguayan composer Agustin Barrios Mangore- known as the "Chopin of the guitar". The passionate works of de Falla, the impressionist flavoured Sonata of Antonio Jose, and even Ohana's Tiento - a work of Spanish inspiration set in a modernist idiom, are part of his current repertoire. Jorrit has won prizes in several international guitar competitions: EGTA in the Netherlands and Nordhorn Guitar Festival in Germany.

A passionate teacher, Jorrit is dedicated to sharing his interest and knowledge of the classical guitar in his home country by preparing young Dutch students to enter conservatories. He is concerned about the declining numbers of Dutch guitarists entering conservatories for serious study, and sees this preparation as an important role in improving the future of the classical guitar. In 2017 Jorrit founded the Dutch Guitar Foundation- an organisation dedicated to enriching the classical guitar life in the country, building international relationships, and preserving the national heritage of the instrument.

Jorrit obtained his Master's degree at the Prince Claus Conservatoire, where he was part of the first generation of Master students in the department. Even though he grew up surrounded by the forests of Apeldoorn, he now lives and works in Groningen- the city of guitar! He still missed the trees and little hills, but it seems that his love of the world of classical guitar, now so active in Groningen, has his heart instead. His favourite tree grows in tropical rainforests and is called Peltogyne- purple heart.

Together with Sjors Holleboom Tom forms the Stretto Guitar Duo. With Sjors, Tom performed the soloparts in Ton de Leeuw`s Concerto for Two Guitars and Twelve Strings. In the Dutch Mandolin Cahmer Orchestra Het Consort conducted by Alex Timmerman, Tom takes the seat of first guitarist, giving concerts in a.o. Italy, France and recently in Edinburgh at the Fringe Festival.

As an eventorganizer Tom is involved in events big and small. For years he worked with the International Guitarfestival Zwolle and he was one of the founding fathers of the Vers Ensemble. Since october 2017 Tom is part of the team behind the Dutch Guitar Foundation.

A large part of Tom`s musical activities take place in archives, libraries and attics. Not that he chooses these places for performances, it is where he does his research into the field of the classical guitar in The Netherlands. During his research he rediscovered a.o. the complete works of pre - WWII guitarist August J. Gaiser and the orchestra score of the Concerto for Guitar by Wolfgang Wijdeveld.

As a teacher Tom has his own private practice in Zwolle, Hattem and Putten. At the Cultuurplein Noord Veluwe he is their teacher at Heerde and he conducts their Youth Orchestra.

Besides all these activities Tom writes and arranges music for concert halls and teaching rooms. His Dickinson Songs have been performed in Calgary and San Diego. For the Dutch Asteria Ensemble he wrote a set of songs on poetry by Dutch poët Vasalis.

Tessa van der Veen (1996) is a classical guitarist from Leeuwarden, The Netherlands. She started with guitar lessons at the age of eight at the local school for music. Here she got acquainted with a big variety of styles until she eventually found her true match in classical music, which she decided to continue in. She now studies at the Prince Claus Conservatoire in Groningen under the passionate supervision of Sabrina Vlaskalic.

Tessa has been an active member of multiple guitar orchestras and ensembles and has had workshops with Zoran Dukic, Sanel Redzic and Marko Topchii, as well as masterclasses with Leo Brouwer, Costas Cotsiolis, Paolo Pegoraro, Gerhard Reichenbach, Gabriel Bianco, Marco Socias and Goran Krivokapic.